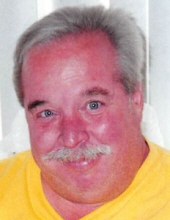 William Joseph Olesky of Canton, died January 9, 2018 at the age of 71. He was born in Detroit, to William and Laura (nee Lewalski) Olesky on October 5, 1946. Bill is survived by his loving children Scott (Mary) Klemme, Meggin (Steve) Kovich, Bo (Dawn) Olesky, and Amanda (Phil) Doumanian, his precious grandchildren Anabelle, Lily, Charlie, Paul, and Rachel, and his dear siblings Patricia (Nicholas) Morakeas, Thomas (April) Olesky, Larry (Kathy) Olesky, Theresa (Wayne) Tyge, David (Marilyn) Olesky, and Michael (Christine) Olesky. Bill was preceded in death by his beloved wife Colleen in 2016, and both of his parents.


Bill proudly served his country in the United States Army. After he became the owner of his own business, Quality Air Compressor. When Bill wasn’t working, he enjoyed playing hockey, skiing and golfing. He also had a very eclectic taste in music. Bill was a lifetime fan of the Detroit Lions and loved to watch them on Sunday. Bill was loved by many and will be deeply missed.


Visitation will be Sunday, January 14, from 2-8pm at the Schrader-Howell Funeral Home, 280 S. Main St., Plymouth, 48170, with a Rosary Service at 5pm. Bill will be interred at Great Lakes National Cemetery in Holly, Michigan on Monday, January 15, at 1:30pm.

To order memorial trees or send flowers to the family in memory of William J. Olesky, please visit our flower store.