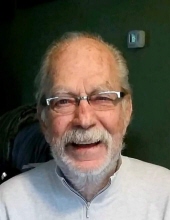 William (Bill) Irwin Faunce of Plymouth, Michigan passed away on June 10th, 2020. Bill was born to Alice (nee Maier) and Irwin Faunce in Fremont, Ohio on June 4th, 1935. He is survived by his brothers Richard, Bob, and Jim, his children Shawn, Jeannine (Glowinski), Derrick, and John, and by his nine grandchildren, Katherine, Christine, Michael, Brandon, Victoria, Adam, Caroline, Sydney and Hudson. He is preceded in death by his wife, Violet (nee Golembiowski) and by his brother Tom.
.
Bill retired after 26 years of teaching at West Middle School. Many in the community know him as the swim coach, Coach Faunce. A state high school swimming champion and later Ohio University team captain, he kept in touch with and remained great friends with his teammates; being saddened to learn of a teammates death shortly before his own death. Bill coached at all levels (college, high school, and middle school) and refereed into his eighties. His house still holds momentos and pictures of swimmers that spanned over sixty years.
.
Friends may visit the Schrader-Howell Funeral Home at 280 S. Main St Plymouth, MI on Tuesday June 30th, 2020 from 2:00 P.M. until 9:00 P.M.

A funeral service will be celebrated on Wednesday July 1st, 2020 at Our Lady of Good Counsel Church on 47650 N. Territorial, Plymouth, MI 48170. Bill will be in-state at the church from 10:00 A.M. until the time of the funeral service 10:30 A.M. The funeral mass will be live-streamed from the church on the Schrader-Howell Funeral Home website. Please click on the tribute wall tab above at (10:25 A.M.) to begin viewing the live-streaming of the funeral service. The family will host a luncheon at the Plymouth Township Park at the Shelter 1 Pavillion from 12:00 P.M. until 3:00 P.M. located at 46640 W Ann Arbor Trail, Plymouth, MI 48170.

Bill will be laid to rest the following day at Holy Sepulchre cemetery in Southfield MI next to his wife.

To order memorial trees or send flowers to the family in memory of William I. Faunce, please visit our flower store.