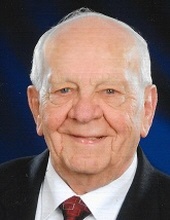 Bill was born and raised in the Detroit Metro Area. While attending Denby High School in 1948-1949, he resided with the Otto Echelmeier family. Mr. Echelmeier was a Master Plumber and owned the Echelmeier Plumbing, Heating and Hardware Store in Detroit. Bill worked part-time after school and on Saturdays in the shop handling stock, loading service trucks and was a plumber’s helper. This was his introduction into the plumbing business.

Bill’s life was greatly influenced by his passion for the sport of dance and free-style roller skating. It began when he was about six years old and visited the local roller rink for the first time. Neither his parents nor his three brothers were interested in skating, but Bill found ways to regularly return to the roller rink. He loved to skate and was featured in 1947-1948 skating shows at the Eastwood Park Roller Rink. He skated silver and gold medals in these various disciplines in Michigan and National Championships throughout the years.

He worked for various plumbing and heating wholesalers from 1953 to 1996. He took a brief two-year hiatus in 1956 to 1958 to accept Uncle Sam’s invitation to join his elite group of soldiers during the Korean War.

In 1958, Bill returned to civilian life and resumed employment in the plumbing and heating wholesale trade. He also began his own lawn sprinkling installation and repair business on a part-time basis. His continued interest in roller skating led him to professionally teach skaters from ages 5 to senior adults. Many of his skaters competed in Michigan and National Championships earning medals for their accomplishments.

In 1960, Bill met Dorothy McLaughlin at the local roller rink. Dorothy was an Artistic Dance Roller Skating Judge, and their mutual interests resulted in their married partnership later that year.

Bill’s interest in golf began in later years through his employment in the plumbing industry. He won a sales contest that provided the award of a set of golf clubs. He knew nothing about golf because his spare time was devoted to the sport of roller skating. The golf clubs were stored in the garage for several weeks. One day, he decided to take a golf lesson, and his enthusiasm to learn more couldn’t be stopped.

Bill was a member of Ward Evangelical Presbyterian Church in Livonia, Michigan for many years and served on the Building and Grounds Committee. He and fellow Committee member, Ralph Rittenhouse, installed the sprinkling system when the new facility at Six Mile Road and Farmington Road was built. He also served as a Greeter and Usher. His welcoming smile and hugs were abundant.

The First Presbyterian Church of Plymouth became home in 2013 and the joy, smiles and hugs he freely offered to people attending Sunday worship service continued when he ushered as well as when he was not “on duty”. He loved greeting the choir and their response, in unison, was a great highlight he appreciated.

A Memorial Service will be held on Saturday, January 18th, 2020 at 1:00 P.M. at First Presbyterian Church of Plymouth, 701 Church Street, Plymouth.