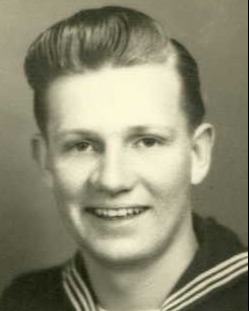 William “Buck” Broome passed away on Friday, November 18, 2022 at his place of residence in Ypsilanti, Michigan. He was 95 years old.

Born in Clarksville, Tennessee on April 4, 1927 to Billie Broome and Rena Broome Patterson, who preceded him in death.  He was the youngest of five children. Three brothers and a sister precede him.

He was married to Alice Marie Weymouth on September 3rd, 1953 and spent 52 years together before her death in 2005.

Known as “Uncle Buck” to many nieces and nephews.

He loved fishing, deer hunting, snowmobiling, gardening, camping and traveling. He loved to sing, sometimes making up his own songs. He loved his family and his church. He loved life.

He was a WW II Navy Veteran and was a Boiler Maker Third Class Petty Officer aboard the U.S.S. Dennis J. Buckley (DD 808).     A 66 Year Union member in the International Operating Engineers Union, Local 324.     A Foreman in construction and operated heavy machinery for many years before his retirement in 1989.    He was a longtime member of Newburg United Methodist Church.

In lieu of flowers, the family asks that donations be given to Newburg United Methodist Church.

To order memorial trees or send flowers to the family in memory of William "Buck" Broome, please visit our flower store.