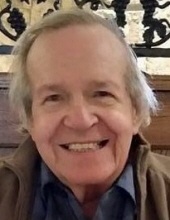 Walter was born on December 8, 1932 in Buffalo, NY to Walter Williard Miller Sr. and Dorothy Heinz Miller. He received his Bachelor's Degree from Harvard University in 1954, and his Divinity Degree from Lutheran Theological Seminary at Philadelphia in 1957. He went on to receive his J.D. and L.L.M. degrees from Harvard University. He raised one daughter, Dorothy Elizabeth (b.1970), with Joyce Laverty Miller (1941-2020).

He taught at Boston University's School of Law for fifty years. He specialized in Uniform Commercial Code, Contracts, and Bankruptcy; was cited multiple times by the United States Supreme Court and quoted frequently in the Wall Street Journal and the New York Times. He received the prestigious Silver Shingle award for outstanding professor, as well as other awards prior to retiring in 2014.

Walter loved hiking, swimming, and spending time with his family. He met Ilene Publiski in his later years and together they enjoyed car rides, watching movies and great meals.

He was known for his superior intellect that served him well until he passed away, quick wit, infectious smile and compassionate wisdom. He was loved by all and is already terribly missed.

On Friday, August 13th, visitation will be held noon-3:00, at Schrader Howell Funeral Home in Downtown Plymouth (280 S. Main) with a service to follow. An early dinner will be served at Stella's Trackside (885 Starkweather) in Plymouth. He will be laid to rest at Forest Lawn Cemetery in Buffalo, NY with his parents, per his wishes.

In lieu of flowers, donations may be made to Friends of the Animals of Metro Detroit,
In Memory of Walter

Contributions may be mailed to Friends for Animals of Metro Detroit, 2661 Greenfield Road, Dearborn, Michigan 48120.

To order memorial trees or send flowers to the family in memory of Walter W. Miller, Jr., please visit our flower store.