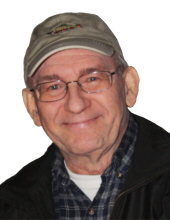 Thomas Drauss, age 79, passed away peacefully on April 17th, 2022. Tom was born on November 22nd, 1942 in Detroit to the late John and Helen (née Rozwens) Drauss and grew up in Dearborn. Tom is preceded in death by his parents and his brother, David. He is survived by his wife, Lillian (Darmanin) to whom he was married for 50 years. He is also survived by his two children: John Drauss and Kristen (Daniel) Farmer, four grandchildren: Elena, Theron, London, and August, as well as his siblings: Dolores Bifano, Margaret (Jim) Moryc, Nancy (John) Glenfield, Mark, and Stephen.

After his service in the US Air Force, Tom embarked on a career in Tool and Die which was his occupation until he retired in 2013. During retirement, he enjoyed relaxing, listening to music, fishing, and spending time with his grandchildren whom he loved dearly. He will be truly missed by all who knew him.

A Memorial Service will be held on Sunday, April 24th, 2022 at 1:00 P.M. at St. John’s Episcopal Church, 574 South Sheldon Road in Plymouth. In lieu of flowers, donations may be made to The Pope Francis Center, 438 Saint Antoine Street, Detroit, Michigan 48226 or Crossroads Social Services, 92 Forest Avenue, East Detroit, Michigan 48201.

Following the service, A Celebration of Life will be shared at Karl’s Cabin located at 6005 Gotfredson Road, Plymouth, MI 48170.

To order memorial trees or send flowers to the family in memory of Thomas Drauss, please visit our flower store.