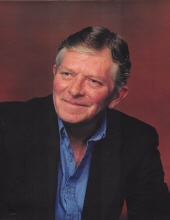 Thomas was born on October 8, 1937, in Detroit, Michigan, to his parents, Charles and Lucille (nee Tucker) Detherage. He is the beloved husband of 57 years to his wife, Judith (nee Hart) Detherage; devoted father of four children, Barry (Deborah) Detherage, Ron (Darlene) Detherage, Timothy Detherage and Sara (Michael) Dancey; very proud Grandfather of six grandchildren. He is deeply loved and will be greatly missed by his sister, Jane McGowan, and his brother, John (Debbie) Detherage.

Thomas was a resident of Plymouth for 50 years. His family says, he was an “avid golfer.” Arnold Palmer once said, “the game has such a hold on golfers because they compete not only against an opponent, but also against the course, against par and most surely – against themselves.” Thomas enjoyed this competition, and when there was an opportunity to play, there was no such thing as bad weather.

Thomas’ family has requested a private visitation and burial.

To order memorial trees or send flowers to the family in memory of Thomas C. Detherage, please visit our flower store.