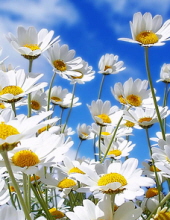 Shirley was a graduate of Michigan State and was an avid Spartan fan. She studied hard and became a teacher and taught school for thirty years at Howe Elementary School in Dearborn. If you were a student at Howe Elementary School during her thirty-year career, you may have known Shirley Lundblad as one of your teachers. She loved her profession. She believed teaching provided her the privilege to be a part of the lives of so many students. Teaching isn’t easy. She put endless hours into grading papers, helping students, and making sure every one of them received the best education possible. Shirley truly loved and cherished her role in helping to shape the minds of young people in order to prepare them for their own bright future.

A memorial service will be held on Saturday, June 23rd at the Schrader-Howell Funeral Home, 280 South Main Street, Plymouth at 3:00 P.M. Friends may gather beginning at 1pm until the time of the service.

To order memorial trees or send flowers to the family in memory of Shirley M. Lundblad, please visit our flower store.