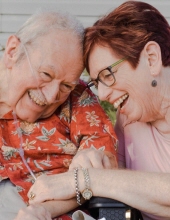 Peter Douglas Marin, age 77 of Clarkston, passed away on February 12, 2022. He was born on October 30, 1944 in Summit, New Jersey to his parents, the late Marion Elizabeth (née Kaltwasser) and George Edward Marin. Loving father of Lauren (Ian) Blakesley and Joseph (Elizabeth) Marin; proud grandfather of Ryan Blakesley, Olivia Blakesley and Michael Marin, brother of Fritz (Suzy) Marin and John (Ulla) Marin, and uncle of 11 nieces and nephews. Also survived by the mother of his children Angela Marin.

Peter grew up in Birmingham, Michigan and graduated from Seaholm High School. He studied art at Cranbrook Academy of Art, engineering at Lawrence Technological Institute and graduated with a degree in Business Administration from Oakland University. Before moving to Clarkston in 2020, he lived in Canton for 28 years. His passions included Corvettes and all things Harley Davidson. He loved the outdoors and enjoyed camping, boating and kayaking. His retirement years were enriched by active membership in the Men’s Prayer Breakfast group at Plymouth First United Methodist Church. Peter was known as a kind man with a positive attitude who would go out of his way to make others smile.

Beloved Dad, you will be greatly missed every moment of every day. We wish we had more time together, but will always value the time we did share.
We know you are at peace now and we will reunite with you someday.

Family and friends may gather at the Schrader-Howell Funeral Home, 280 South Main Street, Plymouth on Saturday, April 9, 2022 from 2:00 P.M. until the time of the Memorial Service beginning at 4:00 P.M. In lieu of flowers, memorial donations may be made to St. Jude's Children Hospital.

From Al Gaiss a co-worker of George at MEA:

Nancy, my heart is breaking in hearing this news. Ken Gable who passed in the spring of last year, George and I spent many years together advancing the lives of teachers and later support personnel in Wayne County and particularly for WC-MEA-NEA. George was bright, generous and dedicated his life to the improvement of the status of education and for the teachers whom he loved. He was the most sincere and dedicated to his beliefs person I have ever known and worked with. It was a pleasure to watch him work, listen to his strategies, develop his plans for our dozen districts and build what was possibly the strongest teacher union in all of Michigan if not the United States made up among a conglomerate of districts from 200 to 600 [union members] in size. George now walks with the angels, he kept the faith and lived life as it should be. I am proud to have known George in the manner I have and grieve with you, George Jr., Ann Marie and all of your grandchildren. He was loved, he will be missed and his good deeds were enjoyed and appreciated by the thousands who followed his lead. RIP George Trudell, you made a difference.

To order memorial trees or send flowers to the family in memory of Robert J. Marlow, please visit our flower store.