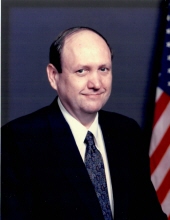 Robert A. Bartol, 81, of Colesville, MD passed away on February 2, 2020 from complications acerbated by Parkinson’s Disease. He was born in Detroit, MI on March 14, 1938 to Anthony and Anastasia (Homeszyn) Bartol. He earned a BA and MA in history from the University of Detroit and a PhD. in Russian History from Michigan State University. He was a Professor at Michigan State University, Eastern Michigan University, and the University of Detroit before joining the United States Customs Service (Treasury Department), where he served for 36 years. He held major positions including Director of International Passenger Processing, Assistant Regional Commissioner, and Chief Liaison Officer for Cross-Agency Projects. He was known for his warm, supportive nature, his appreciation and encouragement of others, and his ability to bring people together around complex issues. His deep knowledge of world history and U.S. constitutional history often guided his insightful recommendations.

Always active in the community, he twice served as Grand Knight for the Knights of Columbus Chapter of St. John the Baptist Church in Silver Spring, MD, was involved with the Greater Colesville Citizens Association, and supported the Parkinson’s Foundation of the National Capital Area. He loved to cook.

He was preceded in death by a sister Louise Symanow. Bob is survived by his wife, Kathryn M. (Ottinger) Bartol, brother-in-law Robert (Susan) Ottinger, three nephews, David Symanow, Daniel Symanow, and Douglas Symanow and two nieces, Deborah (David) Bulmer and Tracy (Lee) Marcus, as well as 10 great nieces/nephews and 8 great great nieces/nephews. His loving warmth will always be remembered and will be greatly missed.

Visitation will be from 2 p.m. to 8 p.m. on Friday, February 7, 2020 at Schrader-Howell Funeral Home in Plymouth, Michigan. The Funeral Service will be at Our Lady of Good Counsel Catholic Church in Plymouth, Michigan on Saturday, February 8, 2020 at 1:30 p.m. Family and friends may begin visiting the Church at 1:00p.m. In lieu of flowers, donations may be made to the Michael J. Fox Foundation or the Parkinson’s Foundation of the National Capital Area.
To order memorial trees or send flowers to the family in memory of Robert A. Bartol, please visit our flower store.