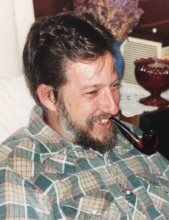 Born in Detroit on October 3, 1946 to the late Robert & Geraldine Wingard. Richard graduated from Plymouth High School in 1964. In 1967, Richard proudly served in the United States Army during the Vietnam War and, in 1968, he would receive a Purple Heart.

Funeral service will be held on Wednesday, June 6th at 10:30am at the Schrader-Howell Funeral Home, 280 South Main St., Plymouth.

To order memorial trees or send flowers to the family in memory of Richard V. Wingard, please visit our flower store.