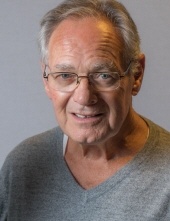 Richard Marnon, also known as Dick, was born June 19th, 1944 and passed away on November 30th, 2021. Dick served his country honorably in the United States Navy aboard the USS Mispillion. After serving, Dick was employed at Detroit Diesel for over 30 years.

Dick spent 40 years coaching hockey in the Plymouth-Canton Youth Hockey Association. He was a frequent patron of Holly’s, Central City Diner, and most recently the Crow’s Nest. His authenticity and generosity were felt by many.

The Celebration of Life will be held on Saturday, June 18th, 2022, with additional details to come.

In Lieu of Flowers, Dick would greatly appreciate donations to either of the following in his name: