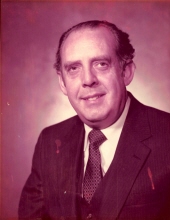 Richard Francis Brissette, age 87, passed away peacefully on July 25, 2021. He is survived by loving wife Carol (née Mahoney); dear father of Kevin (Joanna), Karen (Chuck) Bartha, and Catherine (Tom) Reidy; beloved grandfather and “Grandpa Top” to Maddie, Stephanie, Clara, Colleen, Monique, Regan, Meghan, Andrew, and great "Popper" to Mary Eloise, Josie, and Covey Leigh; devoted brother to Mary Alice Jackson, Carmen Grayson, and Judy Taylor. He is survived by many loving members of the Brissette and Mahoney families. Richard, born in 1934 in Edmonton, Alberta was the second of four children born to parents Camille and Gisele’ Brissette. Richard married Carol in 1956. They were soul mates for 71 years, having had their first date at the “Snow Ball” in 1950. Richard showed unwavering devotion to Carol until the very end. As a couple, they impacted many by the way they shared their love with family and friends throughout their lives. Richard was a longtime resident of Valparaiso, IN, raising a family with Carol and working as a civil engineer for more 33 years, with notable projects including the construction of the Lewiston Queenston Bridge, and creating the foundation design for the Bethlehem Steel plant in Burns Harbor. He was a proud alumnus of St Johns College High School and Carnegie Tech University. With Carol, he was an active parishioner at Saint Paul’s Parish in Valparaiso, Mary Star of the Sea Parish in Long Boat Key, and St. Gabriel’s Parish in McKinney, TX. Richard devoted many hours of service to his Parishes including building kneelers for Mary Star of the Sea and volunteering with St. Vincent DePaul. While living in Texas he began a ministry of building “God Boxes”, which were beautiful works of craftsmanship, made with intricate patterns of inlaid wood, often showing personalized symbols for each of the 100+ people he surprised with this gift. The boxes have a small opening at the top, through which one can drop in a prayer. Once inside the box, there is no way to retrieve the prayer. A reminder to all that once we give our concerns to Jesus, we can trust Him with the outcome. Richard was also a lifetime supporter of the Working Boys Center in Quito Ecuador. In 1963 he heard Father John J. Halligan speak about the work he was doing with the boys living on the street in Quito Ecuador, he knew without a doubt that he and Carol were called to support Father Halligan’s work there. Richard then brought awareness of the Working Boys Center to Saint Gabriel’s Parish in McKinney, forming a partnership between the two that continues today. It can be said that Richard's greatest joys were family, faith, and flying. He spent countless hours on adventures in the sky, flying around North America with longtime friend Jack Isley. He said he felt closest to God among the clouds. Richard now smiles down on us through those clouds. Mass for Christian Burial will be at 2 pm ET at Our Lady of Good Counsel Catholic Church in Plymouth, Michigan. In lieu of flowers, the family suggests remembrances to the Mission of Our Lady of the Angels, 3808 W. Iowa St., Chicago, IL 60651, www.missionola.com
To order memorial trees or send flowers to the family in memory of Richard Francis Brissette, please visit our flower store.