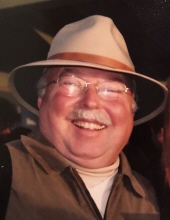 Phillip is the loving father of two daughters – Amanda (Adam) and Alicia (Andy), and proud grandfather of two young grandchildren – Reed and Ryan Conway. He is loved and will be greatly missed by his brother and sister, David (Erin) Brackel and Carlene Fulton, his nieces and nephews, and his friends. He was preceded in death by his parents, Nancy Ellen and Walter Ferdinand, and his beloved dog, Koty.

After his graduation from Dearborn High School in 1970, Phil earned a Bachelor of Science Degree from the University of Michigan in Psychology where he also earned a Teaching Certificate for Secondary Education. He then went on to further his education and earned his MA Degree in Business from the University of Michigan. Phil enjoyed a thirty year career with the Ford Motor Company as a Financial Analyst.

In his younger years, Phil enjoyed running, cycling, and was the drummer in a band, where he played some major venues including the Grande Ballroom in Detroit. He was not only a talented musician, but a dancer - spending two years and over 50 performances as part of a “West Side Story” cast that toured Michigan and England. He was a long-time lover of music, golf, photography, and art. But, above all else, Phil took great pride in raising his two daughters, and is described by both as being a dad who was “all in”. He enjoyed attending every soccer game, art show, YMCA Indian Princess event, piano recital, and never missed an important event or milestone for his girls. His thoughtfulness and quirky sense of humor will live on in our memories, and through his infamous voicemails. His life is maybe best summarized by one of his favorite quotes and Beatles lyrics: “And in the end, the love you take is equal to the love you make.”

A memorial gathering and service will be held at a later date.
To order memorial trees or send flowers to the family in memory of Phillip P. Brackel, please visit our flower store.