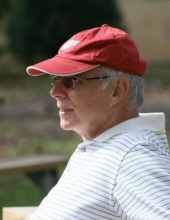 Philip C. Good, 72, of Plymouth, Michigan, succumbed to Cancer and Parkinson’s at the comfort of his own home surrounded by his family on September 27th, 2019. Born March 18, 1947, in Garden City, Michigan, he was the son of the late Lawrence Good and Joan (Brown) Good.

Philip recently celebrated 50 years of marriage this August 23rd to his beautiful wife, Vicki. Philip was a supportive and loving father to his three girls and six grandchildren. He was always there to coach soccer and tennis to his loved ones. He also impacted countless kids in the community by managing numerous youth sports teams, helping grow their love for the sport and fair play. Philip was also involved at the Northbrook Presbyterian Church community during his time living in Bloomfield. In addition to spending quality time with his family, he was an engineer working for Detroit Diesel for over 30 years. Philip had a sharp mind and kind heart.

Philip is survived by his wife Vicki and daughters Heather (Rory) Pawl, Sarah (Paul) LaTarte, and April (Garth) Bungard, and many adoring grandchildren: Ruby, Hudson, Bram, Grant, Elliston, and Sabine. In addition to being a loving father and papa, he is survived by his siblings: Barbara (Charles) Simmons, Richard (Shirley) Good, and Lawrence (Cathy) Good, and many nieces and nephews.

A special thank you to the people at Henry Ford Hospice in Detroit, Michigan for their loving care and support during his final days. A celebration of life gathering will be held for immediate family at a later date.
To order memorial trees or send flowers to the family in memory of Philip Good, please visit our flower store.