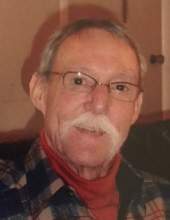 Peter David Stone passed away October 15, 2018 at the age of 79. He was born November 17, 1938 in Port Washington, New York to David and Eleanor Stone. He is survived and deeply loved by his wife Mary Lu, his children Toby Stone, Todd Stone, Andrew Stone, Heidi (David) Finley and Molly (Doug) Covert. Pete is also survived and loved by his 11 grandchildren, 5 great grandchildren and his friend and former wife Judith Vogelheim.

Pete was a resident of Michigan since 1974 and was formerly a resident of Ohio, Pennsylvania and New York. He was the owner of the Plymouth Insurance Agency in Plymouth from 1983 until he sold the agency in 2001. He graduated High School in Abington, Pennsylvania and received his Bachelor of Arts degree from Grove City College in Grove City, Pennsylvania. He served his country as an M.P. in the U. S. Army prior to the Vietnam Conflict. He was an avid sailor and golfer, having played golf with the Rotarians for many years. Pete was a long time member of the Plymouth Rotary Club where he earned the Paul Harris Fellow Award. He was the editor of the Plymouth Rotary Broadcaster newsletter for many years and could always be found working at the annual Rotary Chicken BBQ. He was also a member and volunteer at the Yankee Air Museum, located at Willow Run Airport, where he did research and cataloging. After retirement he and his wife Mary Lu enjoyed many traveling adventures together. Pete is loved by many and will be missed.

Memorial donations in Pete’s memory may be made to:
Yankee Air Museum at: yankeeairmuseum.org
or
Salvation Army at: misalplymouth.org


To order memorial trees or send flowers to the family in memory of Peter D. Stone, please visit our flower store.