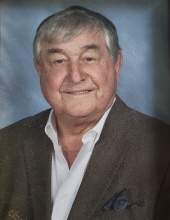 Dad/Nat Sibbold died peacefully about 7:00 pm on Thursday, July 18, 2019.  He was 94 and lived a full life with many accomplishments.  All his children, David, Kathy, and Linda, were there with him.

We have decided to have a small family service with immediate family only, so there will not be anything public at the funeral home.

Here is a brief Bio on dad, along with a YouTube link to a song he sang about 60 years ago with the Plymouth Symphony:

Nat was born on June 23, 1925 in Fort William, Canada, now called Thunder Bay.  His parents had emigrated to Canada from the Ukraine and Poland in 1917-1918 to escape the unrest in that part of the world during and after WWI.  Nestor “Nat” was the youngest of four siblings (Olga, Koke and Bo) and the last to go.  His brothers and sister used to call him “Snitz”, and they all watched out for their youngest brother as they grew up.

From the time he could utter a sound, Nat was always singing.  He was very musical and had an extraordinary baritone voice.  He inherited this from his mother, who was a soprano of some distinction, and also his father, who was a cantor at the Greek Orthodox church.  Nat became involved in various singing activities from solo work to choir in churches, recitals, concerts, etc., in Brantford, Hamilton, Toronto and London, Ontario.  He studied voice at the Toronto Conservatory of Music.

In 1945, he turned professional and came to the United States from Canada, where he became an American citizen.  He joined a group of four that toured the USA under the name "Scottish Kilties" with their traditional kilts, and then as the "Mounties" with the appropriate uniform.  The Kilties was a group based in Cincinnati, Ohio.  They did concerts, performing at schools, colleges and other venues throughout the country.  After some time with the Kilties, Nat decided to give New York a try.  He lived on Long Island and regularly commuted to New York auditioning for singing jobs.  The Schubert Theater offered him a job in Boston, but he turned it down after an interview with Delores Pallet at Radio City Music Hall.  Delores was the music director at the time.  Although there were no openings there, she thought Nat might be interested in the Master of Ceremonies job with the Skating Vanities, a roller skating show similar to the Ice Capades, that she was producing out of Ottawa, Canada.

The Vanities toured major cities across the U.S. in the late 1940s and performed for 3 months in Cuba, before touring in Europe.  Nat was the Master of Ceremonies and singer, where Nat met Jean O’Meara, who was a principal skater in the show.  Jean was a US national pair skating champion.  She skated out of Riverside Arena in Livonia, Michigan. Nat and Jean were married in Plymouth, Michigan at the Presbyterian Church by Dr. Henry Walsh in 1947.  In 1948, Jean left the show because of pregnancy.  The Skating Vanities left on a tour to England, where Wembley Pool was covered with a skating floor.  The show then went on to performed in the major cities of Europe.

Nat had a tremendous voice and stage presence.  When he came off his European Tour in 1950, his brother, Bo Sibold, who was the Sales Manager of RCA in Canada, arranged an audition for Nat with the RCA Recording Company.  RCA was looking for a singer to promote a talent similar to John Charles Thomas, who was a well-known baritone at that time.  In some people’s opinion, Nat had a better voice than Thomas.  Nat, however, turned this opportunity down. A career in show business required a lot of travel and probably a permanent move to New York City.  It is difficult to raise a family while performing on the road.  It was at that time that Nat decided he had had enough of show business and wanted to settle down.

Nat continued to perform as a featured soloist over the next 20 years in the Detroit area, but mostly in the community of Plymouth, at the Plymouth Presbyterian Church and other churches, the Plymouth Symphony and other vocal community organizations.  Dad was extremely active in the Presbyterian church form about 1950 to the early 70s.  He sang in the church choir under Fred Nelson, was a soloist at many church services and sang at many weddings and funerals there and elsewhere.

Nat occasionally performed for touring groups that used local talent for the smaller parts.  Some of his performances were at places like the Detroit Institute of Arts as the father in “Handsel and Gretel”, “Amahl and the Night Visitors” (one of the Kings’ slaves), ”The Telephone”, and occasionally on TV with media coverage of Good Friday services and others.   He was very active in the Plymouth Community throughout much of his life.

For the next 30 years Nat pursued a career in broadcasting, where he spent 20 years with WWJ TV and WWJ AM-FM Radio in sales and as station manager, followed by 10 years as owner/operator of WBCK AM in Battle Creek.  It was the most rewarding experience of his life, where he met and interacted with many notable people.

Here is a time chronology of his Career:

1950:     Moved to Plymouth and was head of the Plymouth Chamber of Commerce.  He worked with Ralph Lorenz, the owner of the Mayflower hotel, to establish the colonial theme for the City of Plymouth.

1956-61:  Nat went to work WWJ TV as an account executive.  WWJ was owned by the Evening News Association, which owned The Detroit News.

1968-76:  Nat became station manager of WWJ AM & FM.  While with WWJ, Nat was asked to serve on the NBC Affiliates Board (1970-75) and served as chairman for 5 years.  He remembers one meeting in San Juan Puerto Rico.  His next door neighbor was Chet Huntley who anchored on the NBC nightly news with David Brinkley.  (The Huntley Brinkley Report newscast)  Chet Huntley and David Brinkley gave Nat’s committee a special report on news broadcasting at their meeting.  Years later, Brinkley gave a speech in Battle Creek and Nat hosted him.  Brinkley remembered Nat from his days on the affiliates board and was very complimentary.  At another Affiliates Board meeting, Bob Hope sat at the speaker table with Nat.  Nat said that he was a super guy and even mentioned Nat in his dialogue.  Nat worked with Don Canham, University of Michigan Athletic Director, when the Michigan Marching Band formed the letters “WWJ” on the field at halftime during a Saturday afternoon football game in the early 1970s to salute WWJ’s broadcasting of Michigan Football for 50 years.

1971:     With the advent of FM radio and stereo broadcasting, under the leadership of Nat, WWJ dropped its middle-of-the-road music format in favor of all-news programming in May, 1971.  Today, WWJ 950 AM, “NewsRadio 950” is still Detroit’s only 24-hour all-news radio station.

1975:     Nat was the station manager at WWJ when WWJ radio moved from an NBC to a CBS affiliate in 1975. Nat met and introduced Walter Cronkite and Michigan Governor William Milliken as speakers at a special luncheon at the Dearborn Hyatt Regency.

1977:   Nat Sibbold and a group of investors, formed Wolverine Broadcasting and purchased WBCK, 93.5 AM, the dominant AM Station in Battle Creek, MI.  Nat took that station to new heights in terms of professionalism, community involvement, cooperation and service.  He was very involved in the consolidation of Battle Creek township into the city in 1983.  He ran the radio station successfully until a 1987, when he sold WBCK to Liggett Broadcast Group.

I recall him telling me about a snowstorm they got during the first winter he was there in Battle Creek.  WBCK broadcast a public service announcement that the delivery of the Battle Creek Enquirer would be delayed by several hours, but that it was coming that day. Please be patient.  Within the hour he got a call from the editor of the Enquirer thanking him and saying that this had never happened before.  Apparently, the media in Battle Creek did not cooperate with each other very much and would not do anything to help or promote their “competition”. Dad said he preferred to be friendly competitors and have the media work together to put public service above anything else. I believe the relationships within the media community changed a lot for the better while he was there.  That’s the kind of man he was.

1987:   Nat Retired at age 62 or 63 and lived between Battle Creek, Michigan and Cinnamon Cove Condominium in Fort Myers, Florida.

2016: Nat moved back to the Plymouth, Michigan area to be near his family and lived in Waltonwood of Cherry Hill in Canton, MI.

He was married to Jean O’Meara for 31 years, then to Fran Swan for 18 years.  He lived 15 years with Chris Figiel in Fort Lauderdale, until her death in 2015.  Nat moved back to the Plymouth area in 2016 to be near his family.  He lived at Waltonwood of Cherry Hill in Canton, where he met Dianne Schober, with whom he lived for 3 ½ years.

He is survived by his children:  David (Janet) Sibbold, Kathy Szlachtowicz and Linda (Tom) Kelly


We have posted one of his songs on YouTube. Here is the link if you are interested:  https://www.youtube.com/watch?v=x4acHDEAdic/
To order memorial trees or send flowers to the family in memory of Nestor "Nat" A. Sibbold, please visit our flower store.