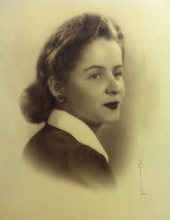 Millie grew up in southern Michigan and spent many days helping out at the Wixom bar that was owned by her father for a time. She married William Robert Andrew Goodell on June 5th, 1948 and lived in Michigan for many years before moving to Texas in the early 1980’s after her divorce. She moved back to Michigan during the later years in her life after experiencing some health complications.

Mildred will be buried near her parents in the Oakland Hills Cemetery in Novi, Michigan on October 10th, 2019.
To order memorial trees or send flowers to the family in memory of Mildred Helen Burnstrum, please visit our flower store.