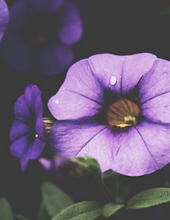 Mary Jane was born on July 26, 1928 in Denora, Pennsylvania to her parents, the late John William and Blanche Virginia (née Williams) Davis.

Mary Jane graduated from Plymouth High School in 1946. After high school, Mary Jane began working for Michigan Bell. She later met and married her beloved husband, Edwin. They were married on May 1, 1948 and celebrated 68 years of marriage until his death on December 9, 2016. While beginning a family, Mary Jane continued to work for Michigan Bell for a while longer. Later, she became co-owner of Good’s Nursery for 35 years. Later and into their retirement years, Mary Jane and Ed traveled extensively with the Nomads and made wonderfully memorable trips on their own to Hawaii and Florida.

Private services for family only will be held for Mary Jane.
To order memorial trees or send flowers to the family in memory of Mary Jane Good, please visit our flower store.