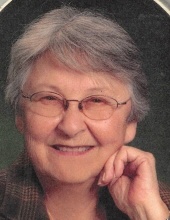 Marilyn Ann Massengill, age 87 of Plymouth passed away on November 7, 2021.

Marilyn was born on August 10, 1934 in Plymouth to her late parents, Doyle V. and Georgia Ann (née Britcher) Rowland. She is the beloved and devoted wife of the late, Richard Massengill; loving mother of Jerilyn (Thomas) Hindman, Richard (Sue) Massengill, Tamara (Timothy) McLaughlin and Michael (Felicia) Massengill; proud grandmother of Jared, Justin, Jenna, Aaron, Bryce, Kyle, Megan and Taryn and 11 great-grandchildren. She is pre-deceased by her brother, Doyle.

Marilyn was a lifelong resident of the Plymouth community. She was raised on an 80-acre farm in Plymouth Township by her parents, Doyle & Georgia Rowland along with her younger brother Doyle (Buddy). She was a country kid and loved it. She attended Plymouth schools and graduated in 1952. Marilyn met her future husband, Richard Massengill in 1953 and together they raised four children.

In 1968, she began working for the Plymouth Township Building Department and later transitioned to the Clerk’s office. Eventually, Marilyn was elected as the Township Clerk and continued to hold her position until her retirement. After her retirement, she thoroughly enjoyed her travels to many places around the globe with friends and family.

Marilyn was first in line to help out her friends and family. Whether it was taking someone to a medical appointment or opening her home to family members in need. They could count on a home cooked meal, someone to listen to their troubles or to encourage their dreams, and to provide shelter for as long as needed.

Friends may visit the Schrader-Howell Funeral Home, 280 South Main Street, Plymouth on Sunday, November 14, 2021 from 10:00 A.M. until 1:30 P.M. Following the Memorial Gathering, Marilyn’s cremated remains will be laid to rest at Riverside Cemetery.

In lieu of flowers, those who wish to honor the memory of Marilyn Ann Massengill are invited to consider a contribution to the Salvation Army Plymouth Corps, 9451 Main Street, Plymouth, MI 48170. Contribution envelopes will be available at the Funeral Home.
To order memorial trees or send flowers to the family in memory of Marilyn Ann Massengill, please visit our flower store.