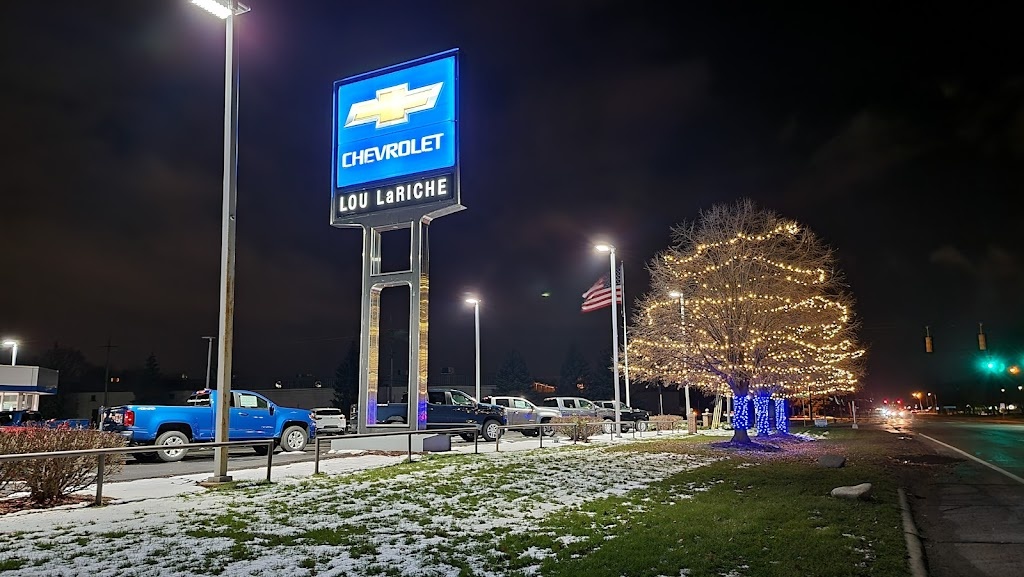 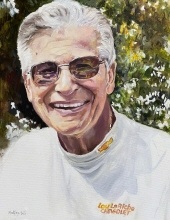 Lou was preceded in death by his parents, brothers, and cherished wife Gail whom he remained devoted to until they were recently happily reunited in heaven.

In 1913, Lou’s parents, Michael and Maria LaRiche, immigrated to America from Matrice, Italy (Abruzzo region) where they settled in Cleveland, Ohio to raise their family. Lou, their fourth son was born on December 12, 1931.

Lou attended John Carroll University, where he left with a diploma and more importantly the love of his life and wife of 60 years, Gail. Together they journeyed to Fort Riley, Kansas, where Lou served two years in the US Army before pursuing his youthful passion, the car business!

After working with his father and brothers at the family car dealerships in Cleveland, Lou was inspired to open his first dealership in 1964; a Volkswagen franchise in Findlay, Ohio. In 1971, he realized his longtime dream to become a Chevrolet dealer when he opened Lou LaRiche Chevrolet in Plymouth, Michigan. He is well known in the region for coining the phrase “Switch to LaRiche”. Throughout the years, he also acquired a Toyota-Subaru dealership and a Chevrolet-Cadillac dealership, both in Findlay, Ohio.

Lou was extremely thankful for his many blessings in life. He had a strong and unwavering faith that was nurtured by attending mass at Our Lady of Good Counsel, where he was a member for over 50 years.

Community was important to Lou! He was a Plymouth Rotarian, where he volunteered year after year at the Fall Festival chicken barbeque—even though he absolutely despised chicken! He was also member of Legatus International of Ann Arbor and the Detroit Auto Dealers Association (serving as president of the Detroit Auto Show in 1985). He valued many friendships developed at the Italian American Club of Livonia and Meadowbrook Country Club.

Lou celebrated his Italian heritage reveling in family meals prepared lovingly by Gail. Together, he and Gail, enjoyed a very active social life with their many friends. They loved to travel and play golf together, spending many winters in Siesta Key with family and friends.

Lou will lay in state at Our Lady of Good Counsel from 9am to 10am on June 21st followed by a mass at 10am. OLGC is located at 47650 N Territorial Rd in Plymouth MI, 48170. We will celebrate Lou’s life with an open house from noon to 7pm at the Italian American Banquet Center located at 39200 Five Mile Road, Livonia, Michigan 48154.

In ‘Lou’ of flowers, please make memorial donations to: Angela Hospice of
Livonia https://angelahospice.org or
Miracle League of Plymouth https://www.miracleleagueofplymouth.com

To order memorial trees or send flowers to the family in memory of Louis "Lou" H. LaRiche, please visit our flower store.