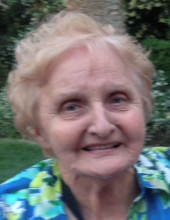 Loretta Momany, age 88 passed away on January 16th, 2022. Loretta was born on June 22nd, 1933 in Akron Ohio. She is the beloved and devoted wife of Richard Momany. They were married for 36 beautiful years.

Loretta was a very generous woman to her friends, family and several non-profit organizations to which she consistently donated. Loretta was empathetic and giving.

To honor her memory, those who wish, can make a donation to the following organizations.