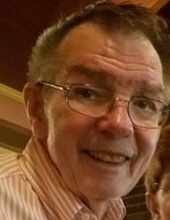 Lee A. Feldkamp died in Novi, MI on March 13, 2021 after an 18 year struggle with Parkinson’s Disease. Lee was born August 27, 1942, the eldest child of Lee E. Feldkamp, M.D. and Jeanne Girard Feldkamp. During his elementary school years, the family moved to Plymouth where Lee graduated from Plymouth High School. Lee spent his entire college career at the University of Michigan, culminating in a PhD in nuclear engineering. He then joined the Physics Department of Ford Research Laboratory as a staff scientist in 1969 where he remained until retirement in 2008.

During the course of his career, Lee co-authored a book, Dynamics of Perfect Crystals, was granted a dozen patents, and had published over one hundred scientific papers. Lee traveled the world presenting papers on micro CT technology, fuzzy logic and neural networks. He was past president of the International Neural Network Society and selected as a Distinguished Graduate of the U of M Rackham School of Graduate Studies.

One of Lee’s greatest accomplishments was his invention of an algorithm improving the clarity of micro CT images which is still used today in fields as varied as medicine and archaeology.

Lee worked with the Jet Propulsion Laboratory in the area of artificial intelligence. He collaborated in the development of a chip at the beginning of the breakthrough of neural network technology, taking it into the mainstream. For Aston Martin, Lee designed a chip which went into production of a luxury vehicle. Also, in the field of neural networks, Lee was a consultant working with AmericaOne, leading United States challenger for America’s Cup 2000 in yacht racing, developing new technology in the area of wind prediction.

All of these projects were to varying degrees collaborative efforts. Lee was always scrupulous about sharing credit, particularly with the younger members of his team, indicative of his modesty and kindness.

Lee loved his work, but in his free time, enjoyed hiking, cross-country skiing and especially tennis. He was a lover of all music, particularly classical, including modern composers. From his childhood, Lee spent many happy summer vacations with his family on Lake Huron near Forest, Ontario. He was a great fan of U of M football and basketball.

Lee was deeply loved and will be greatly missed.

The family would like to thank the University of Michigan, Michigan Medicine Neurosurgery DBS Team for enabling the quality of life Lee enjoyed almost until the end. Thanks particularly to Wilma MacKenzie, N.P. and Donna Rossini, N.P. who followed Lee for years in the Geriatric Neurology Clinic. Memorial contributions may be made to the Michigan Medicine Neurosurgery Department, DBS Program, 1500 E. Medical Center Drive SPC 5338, Ann Arbor, MI 48109-5338.

A Memorial Service will be held later this year.
To order memorial trees or send flowers to the family in memory of Lee A. Feldkamp, please visit our flower store.