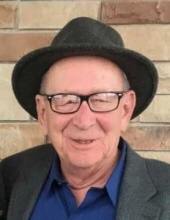 Lawrence Arnold Wilhelmi of Plymouth, died suddenly January 20, 2018 after complications from surgery. Larry was 80 years old. He was born in Nekoma, North Dakota to Joseph and Wanda Wilhelmi. Larry is survived by his beloved daughter Joan and dear son-in-law Jim Omietanski, his cherished granddaughter Madelyn, his loving companion of 36 years, Peggy Wingard, her children Melinda Garchow, Mark Garchow, and Matthew (Lisa) Garchow, and grandchildren Patrick, Tyler, Emily and Abbey, who he adored, his siblings Roger (Nancy Williams) Wilhemi, and Susan (Gordon) Lampman, and numerous precious nieces and nephews. Larry was preceded in death by his daughter Renee, his sister Patricia Stanbury, and both of his parents.

Larry worked in banking for many years before moving on to become a financial planner. He married Antoinette in 1957 and they welcomed two daughters into the world and began raising their family. When Larry wasn’t at work, he was an avid reader, golfer, and fisherman. More than anything, Larry was a card player, especially Bridge. If he was invited to a card game he was always there. He was also always known for being a loyal friend to many since elementary and high school. He was a humble man who always did the right thing without looking for gratitude, but because he was a good man. A gem!

Visitation will be Tuesday, January 23, from 1-8pm at the Schrader-Howell Funeral Home, 280 S. Main St., Plymouth, 48170. His Funeral Mass will be celebrated Wednesday, at 11:30am at St. Kenneth Catholic Church, 14951 N. Haggerty, Plymouth, 48170. Family and friends may begin visiting the church at 10:30am. In lieu of flowers, memorial donations in Larry’s name may be made to a charity of your choice.

To order memorial trees or send flowers to the family in memory of Larry A. Wilhelmi, please visit our flower store.