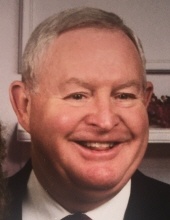 Joseph Milton Belcher, age 84 of Livonia, passed away on July 4, 2021. Joseph was a lifelong resident of Livonia, Michigan. He was born in Livonia on October 22, 1936 to his parents James and Jane (née Brewer).

He was known to his friends as “Joe B.” Joe was a 1955 graduate of Bentley High School in Livonia. Then he went on to Electrical Trade School and graduated as a Journeyman in 1959 and eventually became a 65-year member of Local 58. While in trade school, he married the love of his life, Jackie on November 15, 1958. He pursued Jackie for a date until she finally said, “yes”, and so the fairy tale began. In 1959, he was drafted to the United States Army. His basic training was at Ft. Knox, Kentucky and secondary training at Ft. Leonard Wood, Missouri. As a member of the 293rd Engineers, he then deployed to Germany. Joe attended Cherry Hill Baptist Church in Dearborn, Michigan and served as a Worship Leader. He was a godly example of a husband, father, grandfather and uncle. His love for Jesus was evident through his entire life.

Contribution envelopes will be available at the Funeral Home.
To order memorial trees or send flowers to the family in memory of Joseph Milton Belcher, please visit our flower store.