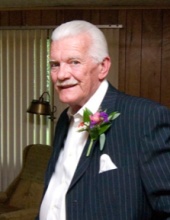 John Henry Dean III was born on November 9, 1941 in Detroit, Michigan to John Henry II and Margaret Dean. He grew up in Detroit alongside his younger sister, the late Carol Ann Young. In his young days, John spent a lot of time with his Uncle Austin. Together, they enjoyed building and racing soapbox derby cars. Jack (As his mother would call him) even won some local derby races. John graduated from Thomas M. Cooley High School in 1960, where he was a proud member of the marching band and played the tuba.

John spent the majority of his life as a singer and entertainer. He was a member of the Doo-Wop group “The Reflections.” They had one hit single in 1964, “(Just Like) Romeo and Juliet.” The record reached number 6 on the Billboard Hot 100 and was featured on American Bandstand as a “spotlight dance,” amongst many other accomplishments. In 1965, the group performed in a movie, Winter-A-Go-Go. The Reflections name is proudly displayed on the wall of The Cleveland Rock n’ Roll Hall of Fame. These were some of the best times of his life. John continued to sing and tour throughout his adult life until 2016 when he chose to retire for health reasons.

In the late 60’s, John was very proud to serve his country as a member of the Michigan Army National Guard in the 156th Signal Battalion (CA). It was an honor for him to serve two terms. In 1974 he met the love of his life, Rosemary (Rose). They married in 1976 and started a family where they resided in Westland, Michigan for over 25 years. John was an avid deer hunter. He enjoyed bow and rifle hunting. He never missed the opening weekend of deer hunting season in the fall. John had quite a few different jobs over the years, including owning the Trading Post in downtown Northville, Anheuser-Busch/Eagle Snacks, Jays Foods and Otis Spunkmeyer.

Sadly, at age 80, John peacefully passed away in the afternoon on March 8, 2022. He had spent several months in and out of hospitals and decided enough was enough. It was time for him to rest with his wife Rosie, that he missed dearly.


In lieu of flowers, the family encourages donations to OCRAHOPE.ORG (Ovarian Cancer Research Alliance). His late wife, Rosemary, passed from Ovarian Cancer in 2002. This is an organization he would be proud to support.

To order memorial trees or send flowers to the family in memory of John Henry Dean, III, please visit our flower store.