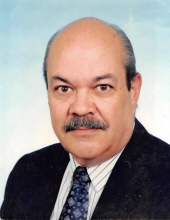 John served 2 years in the Navy. After his time in the Navy, John worked as an Engineer in the Automotive Industry. Although designing cars was his career, boating was his true passion. Everything from building R/C boats, to sailing his own, he was always happiest near the water. He is deeply loved, and will be greatly missed.

A Private Visitation will take place at the Schrader-Howell Funeral Home, 280 South Main St. Plymouth, MI 48170, on Tuesday April 28th from 12 PM – 1PM. John will be laid to rest at Knollwood Cemetery.
To order memorial trees or send flowers to the family in memory of John Hartmeyer, please visit our flower store.