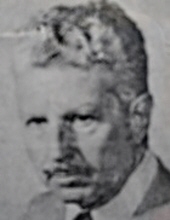 John proudly served his country in the military. After his discharge from military service, he was employed by the Ford Motor Company and served them well for many years until the day of his retirement. He eventually moved to Florida. John will be remembered as a loving and devoted husband and proud and dear father. He will be missed dearly by all whose life was touched by him.

A funeral service will be held at St. Peter’s Evangelical Lutheran Church, 1343 Penniman Ave, Plymouth on Saturday, April 21st at 10:00am. A visitation will be held at church beginning at 9:00am until time of service.

John will be laid to rest at Glen Eden Lutheran Memorial Park in Livonia next to his wife, Lona and daughter, Carole.