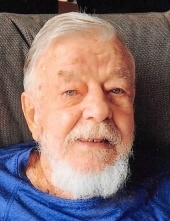 Jim attended Lincoln Park High School from 1946 to1949 and played football. He went on to attend Michigan State Normal (now Eastern Michigan University) from 1950 to1954 where he continued his football career and actually held the record for longest interception return for a touchdown. The record has since been broken.

He was a member of the Y.M.C.A. for many years and swam daily at the Clark Park Downtown Y.M.C.A.

Jim worked for the City of Detroit from October 1955 until retirement on May 22, 1986. He was a Commercial Property Appraiser in the Finance Department. He also worked for Wayne County from January 1990 to June 2004.

Jim’s favorite saying – “If it makes more work for some else, don’t do it.”

Contribution envelopes will be available at the Funeral Home.
To order memorial trees or send flowers to the family in memory of James Richard Johnston, please visit our flower store.