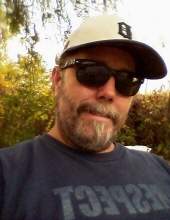 James Gerald Holden died peacefully after an illness the morning of May 28, 2019, at the age of 57. At his side while in the hospital were his family and closest friends. James is survived by his son, James (Nikki), sister Teri Ritchison, sister Jeri Holden-Taylor (Dan), lifelong love, Kelly Holden, nephews Holden Ritchison, Christian Holden Taylor, niece Audra Holden Taylor, cousin, Douglas (Kahilla)
and many cousins and numerous friends. He is pre-deceased by his father, James Holden and mother, Audrey Holden and wife, Deborah Holden.

James lived a life full of adventure and love. He lived in many states including Florida and Texas, but always considered Plymouth, MI home. He worked hard; he was a master builder, highly talented photographer and great home cook, amongst many other talents. Whatever James did, he took great pride in doing it well.

James was funny and a dedicated friend. When James walked into a room full of strangers, he left with at least three new friends. He had a story for everything. A friend to all animals, he had a very special way with dogs and often spoke of his beloved Bouviers.

In lieu of flowers, please consider a donation to the Humane Society of Huron Valley in his name.

To order memorial trees or send flowers to the family in memory of James G. Holden, please visit our flower store.