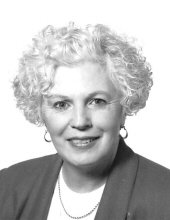 Visitation Monday, August 19th from 2:00pm - 9:00pm at the Schrader-Howell Funeral Home, 280 South Main Street, Plymouth. Funeral Mass will be celebrated on Tuesday, August 20th at Our Lady of Good Counsel Catholic Church, 47650 North Territorial Road, Plymouth with visitation beginning at 10:00am until time of funeral Mass at 10:30am . Burial will be held at Great Lakes National Cemetery in Holly on Wednesday, August 21st at 10:00am.

To order memorial trees or send flowers to the family in memory of Jacqueline Rose Chance, please visit our flower store.