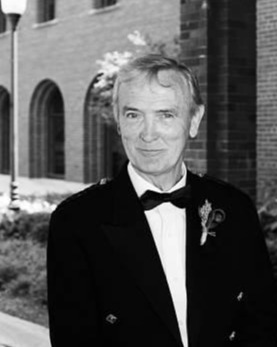 Hugh Lindsay age 76 - a loving husband, dad, papa, and friend, passed away in his sleep at home on Sunday, November 13, 2022 after a yearlong battle with lymphoma.

Hugh was born on September 21, 1946 to Madge and Sandy Lindsay in Bangor, Northern Ireland.

Hugh graduated with an honors degree in mechanical engineering from the University of Strathclyde in Glasgow, Scotland.  He went on to have a successful career as an engineer, which allowed him to travel the world.

In 1970, Hugh met Roberta during the summer football league.  They married in April of 1972.

Hugh was an avid footballer (soccer), having played professionally in the Irish League and continued playing well into his 40s.

Hugh is predeceased by his parents and daughter, Michelle.   Left to mourn his loss are his wife of 50 years, Roberta, his two children, Suzanne (Jeff) and Paul; his sister, Violet, and his brother, Jackie.   He will be dearly missed by his grandson, Declan.

A Celebration of Life for Hugh will be held on Saturday, December 3, from 2p to 5p at his home.

To order memorial trees or send flowers to the family in memory of Hugh Lindsay, please visit our flower store.