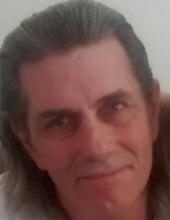 Scott was born on November 30, 1961 to his late parents, James White and Loral Orow. He is the proud father of Cory Sunday (Christina) and grandfather of Liam and Eva. He is deeply loved and will be greatly missed by his nieces and nephews, Clay White, Jr., Wynter White, Jason Wludyka, Garrett Wludyka and Nevaeh Smith as well as many great-nieces and a great-nephew. He is pre-deceased by his brothers, Lance Orow, Clay White and James White.

Scott grew up in Plymouth, Michigan. He lived in Texas for a few years and later returned to his home in Michigan. He was a handyman and proficient in electrical, plumbing and carpentry tasks. Scott could inspect and repair electrical malfunctions, install and repair pipes and fittings and troubleshoot pipe systems and he clearly understood specific carpentry projects that required the right type of wood. Throughout the years, when Scott wasn’t working, he had played in a few bands and amazed us with his skills on the guitar. He was a hands-on kind of worker, and it only stood to reason that he would choose an instrument that may be played in many different ways. To anyone listening, his talented hands on the guitar would certainly reveal his loving and gentle personality through his true love of music.

Scott was a good friend to many. He was a humble man that loved immensely and would do anything for those he loved. Also, he proudly served his country in the United States Army.

He will be greatly missed by those here on earth. However, we all know he is extremely happy to be reunited with his mom, Loral and brothers, Lance, Clay and James in heaven.

Private services are being held.

Scott will be cremated. A Celebration of Scott’s life will be held at a later date.

To order memorial trees or send flowers to the family in memory of Howard Scott White, please visit our flower store.