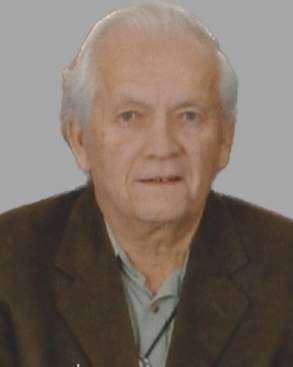 On Friday, September 30, 2022, Bert Donley took his last dance steps here on Earth.  Herbert Richard Donley was born on May 1, 1934, in Detroit, Michigan to David and Edith Donley.

He attended both Cass Tech and Central High Schools.  After graduation, he volunteered for the Army and served two years at Fort Carson in Tacoma, Washington, eventually becoming a Corporal and then a Specialist E-4 Ambulance driver.

He met Mary Thabet at a church dance in 1957 and would continue to love dancing throughout his life.  They both worked at Mt. Carmel Hospital and would marry in 1960.  They raised four children.

Bert was a great storyteller who would always leave you laughing.  He had a wonderfully dry sense of humor.  He could be found holding court with neighbors. He was guaranteed to bring the family to tears with stories during the holidays.

Bert had a myriad of interests.  His love of dancing included being an Arthur Murray instructor early in life, and a line-dance instructor later in his years.  He enjoyed bodybuilding and could be found with a stash of muscle magazines. He played the piano as a young boy and used that skill in the Army and to entertain the family.  He really enjoyed painting and would spend hours working in oil or charcoal.  He even modeled for art students.  He was an avid bowler in his early adulthood and turned to golf later in life. He loved the game and the comradery, but it was his colorful fashion on the links that got him the most attention.

Friends may visit the Schrader-Howell Funeral Home, 280 South Main Street, Plymouth, Michigan on Sunday, October 2, from 3pm to 7pm.  A Service of Remembrance will start at 7pm. Interment will be held at United Memorial Gardens in Plymouth.

To order memorial trees or send flowers to the family in memory of Herbert Richard Donley, please visit our flower store.