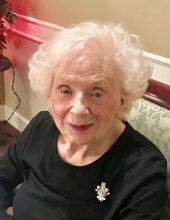 Glenys Roberts Hale, age 92 of Plymouth, passed away on February 28, 2020. She was born in Aberystwyth, Wales on December 19, 1927. She is survived by her sons Richard (Susan) Hale, Joseph (Beverly) Hale, her daughter Kimberley (Jon) Olson and daughter in law Julie Hale. She is the loving Grandmother to Dawn, Erin, Jeffrey, Cameron, Megan, Bradley, Brooke, Charles and Caitlin. Great-Grandmother to 3 great-grandchildren. Glenys is preceded in death by her parents, 3 sisters, 1 brother, husband Rader, and her two sons David and Bryan Hale.

Glenys’ life was full of challenges, but also of adventure and travel. Her family moved from Wales to London in her early life, then were evacuated back to Wales during the London Blitz. Glenys and her brother later returned to London where she worked for a dairy for a brief time.

She met Rader O. Hale while he was stationed in London at a cafe, and quickly fell in love writing letters after he returned home to the U.S. Love led her on yet another adventure and she boarded the S.S. Batory where she would set sail and arrive in the United States at Ellis Island in 1947. She was sponsored by her future in-laws until the mid 1990’s when she became a United States citizen. Rader and Glenys took a train to Stone, Kentucky where they were joined in marriage on August 16, 1947. After traveling around the country to West Virginia, Maryland, Colorado, Kentucky, Illinois, and Ohio, Glenys and Rader eventually settled in Plymouth, MI with their family. She worked at Hudson’s selling luggage and cameras for over 20 years, which sparked her interest in photography. Despite her worldly travels to and around the United States and adapting to the American culture, Glenys remained steadfast and proud of her Welsh heritage and roots.

In lieu of flowers, those who wish to honor the memory of Glenys R. Hale are invited to consider a contribution to St. Jude Children's Research Hospital, 501 St. Jude Place, Memphis, TN 38105.

The Memorial Service will be livestreamed for those who are unable to attend.


To order memorial trees or send flowers to the family in memory of Glenys Roberts Hale, please visit our flower store.