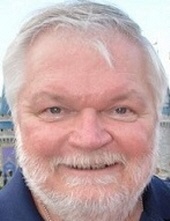 Gee was very devoted to his family, extended family and friends. He was always there to help anyone in need in a moment's notice. He was humble and lived for doing good deeds with intention and not for attention. He always loved having family and friends over at the Mellowstar Ranch, visiting, playing cards, ping pong tournaments or any of the other fun activities in the game room.

As the saying goes, “life’s better when you’re laughing” and good-humored people like Gee know this. He could see the value in making others laugh and had fun using his witty and sarcastic sense of humor.

Gee and Dorothy also enjoyed traveling. Two of his recent favorite trips included going out west with his late brother, Emmett and his wife, Karen traveling to Florida to visit his step-daughter Michelle and family as well as his favorite theme park, Walt Disney World.

Gee shared a common interest with his late brother, Ken in going to and watching University of Michigan Football games. Gee also enjoyed watching the marching band and attended Band-O-Rama at Hill Auditorium for many years.

Friends may visit the Schrader-Howell Funeral Home, 280 South Main Street, Plymouth on Friday, October 4th from 4:00 P.M. until 8:00 P.M. A funeral service will be held at the Funeral Home on Saturday, October 5th at 11:00 A.M.

To order memorial trees or send flowers to the family in memory of George William Holmes, Jr., please visit our flower store.