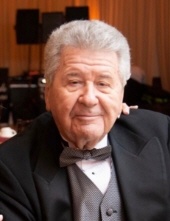 George H. Merchant Sr., 88 passed away peacefully at his apartment in Plymouth, Michigan on December 12, 2021.

George was born on October 27, 1933 in Cleveland Ohio. His parents moved to Michigan where George was raised in Plymouth. He was a 1952 graduate of Plymouth High school. He was the owner of a machine shop called Merchants Automatic Products.

He was a lifetime member of the Masonic Lodge and a longtime Shriner. He received much joy working on fund raising for the Shriners hospitals and other worthy causes. He was generous with his time and money and loved helping people in need.

George will be remembered as a caring and loving brother, father, grandfather and great-grandfather. He was a businessman who cared greatly about the people who worked for him and with him. He was always quick with humor and enjoyed being around people.
He was an avid outdoorsman who enjoyed hunting and fishing. He enjoyed being outdoors with family more than anything else. He loved the water and split his time on the Ocean in Marathon, Florida and on the North channel of the St. Clair River in Algonac, Michigan.
He was deeply loved and will be missed by all who knew him.
There will be a memorial service at Schrader-Howell Funeral Home, 280 South Main Street, Plymouth on Thursday, January 13th, 2022 from 5:00 P.M. until 7:00 P.M.
To order memorial trees or send flowers to the family in memory of George Henry Merchant, Sr, please visit our flower store.