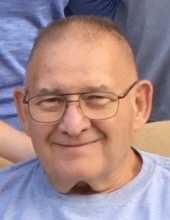 Gene Allan Best, age 81 of Plymouth, passed away on February 9, 2022. He was born on September 7, 1940 in Garrett, Indiana to his parents, the late Beatrice (née Hauck) and Howard Best.

Gene is the beloved and devoted husband of Cassandra (née Fisher) Best. Gene and Cassandra were married on May 2, 1964 at the Plymouth First United Methodist Church that was then located in the heart of downtown Plymouth near the former Central Middle School. He is also the loving father of two children – Tyler (Michele) Best and Brent (Heather) Best; proud grandfather of Andrew (Nina) Best, Ashley Best, Chase Best, Calli Best, Hailey Best and Logan Best. He is deeply loved and will be greatly missed by his brother, Jerry (Irwina) Best.

Gene was the friendly face that would greet you at the Kroger meat counter. He retired after a very successful 46-year career as a Meat Cutter with Kroger. He worked at many of the local Kroger stores in the area and wrapped up his career when he retired from the Kroger Store in Plymouth.

All who knew Gene, also knew about his longtime support for his beloved football team, the University of Michigan Wolverines. He understood the athleticism coupled with the skills and intelligence in a fast-paced game. When you are a college football fan, there is nothing more satisfying on a Saturday afternoon in the fall celebrating after a notable victory, and Gene loved those Wolverine victories.

Gene’s wife, children, grandchildren, family members and many friends will cherish their memories of him forever.

Friends may visit the Schrader-Howell Funeral Home, 280 South Main Street, Plymouth on Friday, February 11, 2022 from 4:00 PM until 9:00 PM. Visitation will continue on Saturday morning from 10:00 A.M. until the time of the Funeral Service beginning at 11:00 A.M. at Plymouth First United Methodist Church, 45201 North Territorial Road, Plymouth.

Following the Funeral Service, Gene will be laid to rest at Riverside Cemetery in Plymouth.

After the graveside service at Riverside Cemetery, all are invited to attend a luncheon at Plymouth First United Methodist Church.
To order memorial trees or send flowers to the family in memory of Gene Allan Best, please visit our flower store.