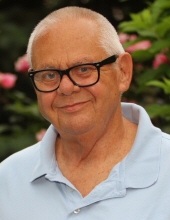 Frederick Karl Miller, 79 of Canton went to be with the Lord on Thursday, December 2, 2021.

Fred was born in Detroit on September 16, 1942. He was the beloved son of Dr. Karl and Ruth (Dimmick) Miller. He graduated from Grosse Pointe South High School where he played varsity football.

Fred earned a Bronze Star while serving in Vietnam. His experience as a TV carrier and equipment team chief in the US Army paved the road for his civilian career as an electrical engineer and various shenanigans.

Fred began his legacy with WXYZ/ABC in 1969 to breaking ground at WRIF for 25 years and became Chief Engineer. Venturing on to WNIC and retiring in September 2004 with Clear Channel Radio.

Fred came to Canton in 1970. He was faithfully dedicated to American Legion, and the Stephens Ministry. He enjoyed bible studies, continuing in his spiritual growth and the comfort that God's word gave him while regularly attending Trinity, Geneva, and Covenant Presbyterian Churches.

Fred cherished the time he spent with Friends and Family especially his grandchildren. He also enjoyed watching NASCAR, football, hockey and Taco Tuesdays with Mike Dault.


Frederick will be laid to rest with military honors at Great Lakes National Cemetery on December 15, 2021 at 10:30 A.M.

To order memorial trees or send flowers to the family in memory of Frederick Karl Miller, please visit our flower store.