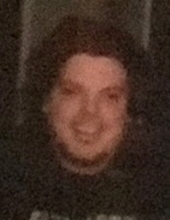 Eric was born on October 8, 1982 in Farmington Hills. Eric is the beloved and devoted father of Alexis Jackson. He is deeply loved and will be greatly missed by his siblings, Jeff Jackson, Nicholas Jackson, Alanna Allmand and Lindzy Jackson. He is also survived by his parents, Linda Fisher Jackson and Alan (Nancy) Jackson.

Eric was employed as the Grocery Manager at Busch’s Fresh Food Market in Canton. Prior to his employment at Busch’s, he also held positions at Hiller’s Market and Kroger which gained him much experience in the position he was elevated to at Busch’s.

When hockey season began, Eric could not be more excited. Saying he was an avid hockey fan was an understatement. He wasn’t just any hockey fan. Eric’s favorite NHL team is the Pittsburgh Penguins. Having won back-to-back Stanley Cups, he supported his team with great gusto!

When Eric wasn’t watching the Penguins, his passion for NASCAR was met with the same great enthusiasm as that of the NHL. NASCAR followers are loyal, they love their drivers, and some say they love their sponsors too. Eric was loyal and he truly loved the skill of each driver. At the top of Eric’s list of stock car racing drivers were his NASCAR heroes, Jimmy Johnson and Jeff Gordon.

Eric was loved by all who knew him and will be greatly missed by those whose life was touched by him.

A funeral service will be held at the Funeral Home on Saturday, December 16th at 11:00 A.M. and will be officiated by Reverend Dr. John Grenfell, III. Eric will be laid to rest at Riverside Cemetery in Plymouth.

To order memorial trees or send flowers to the family in memory of Eric Jackson, please visit our flower store.