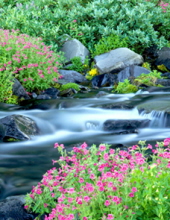 Erzsébet (Elizabeth) Dobos, 97, of Plymouth, passed away peacefully at her home on February 20, 2021.

She married Balazs Dobos in her hometown in 1943. In 1951, after spending six years as displaced persons in Germany, post-World War II, they emigrated to the United States with their three young children, settling in Plymouth, Mich. Together, they built a home in Plymouth. Balazs passed away after 63 years of marriage and Elizabeth lived independently in their home until her passing. She was an avid knitter and loved to cook and bake her native cuisine for her family.

She was preceded in death by her husband, Balazs and daughter, Liz Bonner, of Helena, MT, as well as her parents, two brothers, and three sisters.

A Graveside Service will take place on Thursday, February 25, 2021 at 2:00 P.M. where she will be laid to rest next to her husband at Riverside Cemetery in Plymouth. Officiating will be The Reverend Emily Riley Campbell from the First Presbyterian Church of Plymouth.
To order memorial trees or send flowers to the family in memory of Elizabeth Dobos, please visit our flower store.