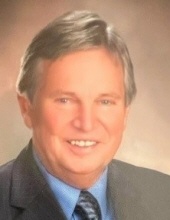 He is survived by his wife, Barbara (Chylla) of Plymouth, Michigan; his son, Edwin Michael Krol (Ashleigh) of Gainesville, Georgia; his daughter-in-law, Kristen Krol of Rochester, Michigan; his sister, Judy Schmidt of Waterford, Michigan; his brother, James Krol (Linda) of Bloomfield Hills, Michigan; his grandchildren - Alex, Chase, Will and Katie Krol; his two stepdaughters, Elisabeth Young of Ferndale, Michigan and Abigail (James) Semivan of Olympia, Washington; and his many beloved cousins, nieces and nephews in addition to several grand-nieces and nephews.

Ed was born on September 7, 1941, in Detroit, Michigan to Edwin and Jean (Gronczewski) Krol. He attended St. Scholastica Grade School and Benedictine High School in Detroit where he played football and ran for the track team. He graduated from in 1959.

Ed was a beloved teacher of thousands of nursing students during his 38 years of teaching at Henry Ford Community College in Dearborn, Michigan. As a valued and respected colleague, Ed served as Chair of the Biology Department for many years. He was also an active contributor to the work that the American Federation of Teachers did on behalf of students and teachers. The college administration honored Ed by choosing him as Mace Bearer of the college graduation ceremony the year he retired. Ed will be sorely missed by all those whose lives he touched.

Once retired, Ed found a new passion as he turned his attention to public service. In 2017, Ed was elected as “Commissioner” to the Plymouth City Council and served his term of four years until 2021. During that time, the Council devoted its energies to projects such as the improvement of city streets and the refurbishing of the fountain in Kellogg Park. Ed is well known in the city of Plymouth and is described as, “a good friend and mentor” by his fellow council members.

Ed was a devoted husband and married Barbara Suzanne Chylla in 2012. The couple enjoyed spending time with family and friends, traveling the world, and keeping their Polish heritage alive. Ed also loved restoring antiques and preserving collectibles such as bubble lights, stamps and coins. In addition to all of these interests, Ed found time to compete in five separate Detroit Free Press International Marathons.

Ed was a baptized Catholic, loved God, and we believe that he has been welcomed into heaven where his spirit is now home. Ed was preceded in death by his parents, Ed and Jean, his brother-in-law, Melvin Schmidt, his first wife, Rita, and most recently by his son, John David Krol. Family will receive visitors on Monday, June 13th from 11:00 A.M. to 1:00 P.M. followed by a Memorial Service at the Schrader-Howell Funeral Home, 280 South Main Street, Plymouth, Michigan. We welcome everyone who would like to attend and celebrate Ed’s life with us.

For those who are unable to attend, the Funeral Service will be livestreamed.


In lieu of flowers and in honor of Dr. Ed Krol and his many contributions to the HFC community and the greater Dearborn community, please consider making a donation to the school of Nursing Scholarship at Henry Ford College which is a charity that Ed revered fondly.

How to donate through the website:
1. Go to the HFC Foundation website donations page
2. Select amount you wish to donate.
3. Under “Apply gift to,” select “Other.”
4. Enter “School of Nursing Scholarship.”

To order memorial trees or send flowers to the family in memory of Edwin John Krol, please visit our flower store.