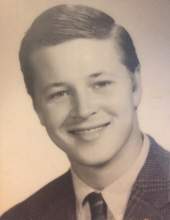 Dr. Adolph Mondry, known to everybody as Duke, grew up on Otis street in Detroit as the older of two sons of the owner/operator of Mondry Hardware and his wife. Duke graduated at the very top of his class from University of Detroit Jesuit High School and Academy and preceded both of his sons to earn his undergraduate degree from the University of Michigan. He then excelled at Wayne State University Medical School where he graduated in the top 5 percent of all medical students nationwide. During his time in medical school, Duke met Carolyn who would become his wife of 44 years. Together, they started living in Garden City, before making Plymouth their home from 1978 to the present.

As a Doctor of Internal Medicine, Duke was Chief of Medicine at Heritage Hospital in Taylor, and on staff at Oakwood Hospital in Dearborn, while maintaining his own private practice in Taylor. While in his position at Heritage Hospital, Dr. Mondry was asked by the American Medical Association to interview candidates to State and National elections as to whom the AMA would endorse. Dr. Adolph Mondry was widely regarded as a “patients’ advocate”, and he fought valiantly against all of the factors that have beleaguered the Medical system in the United States, against his own personal financial interests.

While Medicine was his career, Physics and Engineering were his passion. Duke educated himself in Electrical Engineering, Mechanical Engineering, and was at the cutting edge of Artificial Intelligence in its infancy. Duke is the owner of two patents, and the creator of many more medical devices. His creative drive expanded to include a science fiction novel and movie to which he owned the copyrights. In addition, Duke taught himself to be an above average piano player and a pretty decent painter. Most importantly, Duke was the most fiercely loyal and steadfast friend, husband, and father. He was loved instantly by anyone who met him, gave insightful counsel to anyone who would ask, and he will be dearly missed. Our loss is surely Heaven’s gain.

Dr. Adolph Mondry of Plymouth, died October 25, 2018. He was 70 years old. Adolph was the beloved husband of Carolyn (nee Cingolani) Mondry for 44 years. Adolph is also survived by his two loving children Thomas (Michelle) Mondry, Steven (Lily) Mondry, his cherished grandson Oliver Mondry, and his dear brother Louis (Sandra) Mondry. He was preceded in death by his parents Adolph and Josephine Mondry.

To order memorial trees or send flowers to the family in memory of Dr. Adolph Mondry, please visit our flower store.