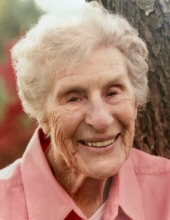 Long time Plymouth resident Dorothy Helen Archer passed away at age 93 on April 29, 2019 at Diakon Senior Living in Hagerstown, Maryland.
Dorothy was born in 1926, the 8th of 9 children, to Helen and Frank Schmidt (Smith) who immigrated to the U.S. from Poland. Her father was a blacksmith at the Pere Marquette railroad roundhouse in Plymouth, where she grew up. She graduated from Plymouth High School in 1943 and began working at Bell Telephone on Ann Arbor Trail where she remained for many years.
In 1947, she married Kenneth “Joe” Archer -- literally the boy next door on Roe Street -- and they settled on North Holbrook Street where they raised four kids. Her children attended Our Lady of Good Counsel and Plymouth public schools, and spent summers at Burroughs Farms in Brighton.
When her husband was transferred by Burroughs Corporation to California in 1969, Dorothy obtained her Licensed Vocational Nursing degree and worked at Scripps Research Clinic in La Jolla, which was near their home in Del Mar. They moved back to Plymouth briefly from 1994-97, and later continued to make frequent visits home to see family and friends.
Dorothy often recounted her memories of growing up in Plymouth. Her favorite story was how during WWII she was selected to roller skate down Main Street waving a war bond to advertise their sale. She was fiercely patriotic, proud of her family’s military service, and flew the flag every day at home.
Dorothy had a great passion for travel and visited nearly every state in the U.S. along with over 42 other countries, some multiple times. She was a great golfer and cook, an excellent seamstress who made most of her daughters’ clothes, and in later years, an award-winning quilter who created over 130 gorgeous quilts. She loved to read and was a frequent patron of the Plymouth Library.
She will be remembered as an energetic and talented woman who set high standards in everything she did. She was well-informed, worked to send all of her children to college, and always considered Plymouth her home.
The last of her immediate family, she was preceded in death by her parents, Helen and Frank Smith, husband, Kenneth J. Archer, Sr., sisters Frances Bolter, Mary Klinske, Jenny Lorenz, Sophie Preston, Bernice Kopenski, and brothers Ted Smith, Bob Smith, and Ed Smith.
She is survived by her sister-in-law Carol Smith of Ypsilanti, Michigan, son Kenneth J. (Angie) Archer, Jr. of Hagerstown, Maryland, daughters Gail (John) Barrett of Hagerstown, Maryland, Mary Jo (Bob Seehase) Archer of Carlsbad, California, Kelley (Scott Gordon-Somers) Archer of New York, NY; grandchildren Joe (Liz) Barrett of Holly Springs, North Carolina, John (Amanda) Barrett of Mobile, Alabama, Sebastian Gordon-Somers Archer of New York, Daeden Gordon-Somers Archer of New York, Cairo Gordon-Somers Archer of New York; and great-grandchildren Logan and Caroline Barrett of Holly Springs, North Carolina.
Dorothy will be interred in Riverside Cemetery, Plymouth, prededed by a graveside service at 11 AM, August 10, 2019. For further information please contact the Schrader-Howell Funeral Home.
To order memorial trees or send flowers to the family in memory of Dorothy H. Archer, please visit our flower store.