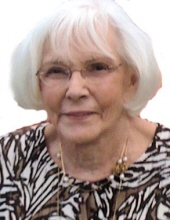 Donna is survived by her longtime companion, Francis Quigley.

Donna will be entombed next to her husband, William at Boca Raton Mausoleum in Boca Raton, Florida. Arrangements entrusted to the Schrader-Howell Funeral Home, Plymouth.
To order memorial trees or send flowers to the family in memory of Donna Lou Lillis, please visit our flower store.