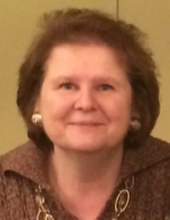 When it came to her family, the most important thing to Donna was spending time with them. As a wife, she was deeply devoted to James and they took care of each other during there 44 years of marriage. As a sister, she was strong and comforting. As an aunt, she was always there for their activities, sporting events, birthday parties, weddings, graduations and holidays. As a child of God, she put others needs before her own and for that Donna has a special place in all of our hearts. Heaven has gained a beautiful angel who is now watching over all of us.

A memorial mass will be held at St. Kenneth Catholic Church in Plymouth. (Times and dates to be announced)
To order memorial trees or send flowers to the family in memory of Donna Bossio, please visit our flower store.