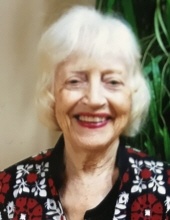 Dinah (Diane) Irma Breck of Plymouth, died November 6, 2019. She was 87 years old. Diane was born in Norwich, England to John and Irma (nee Keeler) Emms. Diane was the beloved wife of the late George who died in 2013. Together they shared 58 wonderful years of marriage. She is survived by her loving sons Christopher Breck and Lane Breck, and her dear siblings Moira Thomas and Rodney Emms. Diane was preceded in death by both of her parents and her older sister Sheila.

Diane and George met in England when he was stationed there during the Korean War. She moved to New York with him when he was discharged. They then moved to Plymouth where Diane worked in the library at Gallimore Elementary School for 30 years. She enjoyed gardening, sewing, arts & crafts and bird watching. After retiring, Diane and George spent their winters in Florida where they could really enjoy the wildlife. Diane was a friendly, outgoing, sweet, and loving woman who will be deeply missed.

A Memorial Gathering will be Tuesday, November 12, from 4-6 pm at Schrader-Howell Funeral Home, 280 S. Main St., Plymouth, Michigan 48170. Her memorial service will begin at 6 pm. In lieu of flowers, memorial donations may be made to The Alzheimer’s Association.
To order memorial trees or send flowers to the family in memory of Dinah I. Breck, please visit our flower store.