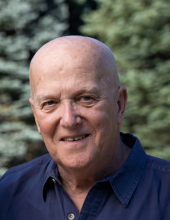 David C. Tassinari, 76, passed away on December 1, 2018 in his home in Plymouth, MI surrounded by family. He is survived by his longtime love and wife of 54 years, Cathy, his 5 children, Pamela, David, Carel, Daniel and Charlene, their spouses, and his 12 grandchildren.

Born in Kingston, MA to Mario & Geraldine Tassinari on July 8, 1942. Dave spent his early years working at his family restaurant business, Tassy’s, where he developed a love of all seafood, particularly lobsters. He received his Bachelor’s degree from Holy Cross in Worcester, MA and was also a member of the ROTC program. Dave then served as a Naval Officer for two years stationed out of New York City and Virginia. Upon finishing his tour in the Navy, he received a Master’s Degree from Duke University in Durham, NC and maintained a love for Duke basketball throughout his life.

In 1967, Dave and Cathy moved to Michigan where Dave began his career at Ford Motor Company and worked as a finance executive until his retirement in 2000. Dave and Cathy spent 36 years in Michigan raising their children in Plymouth and on Cavanaugh Lake in Chelsea. They then enjoyed 12 years of retirement in Hilton Head, SC before moving back to Michigan.

A Memorial Mass will be held at Our Lady of Good Counsel Catholic Church at 47650 North Territorial Road, Plymouth, MI 48170 on Thursday, December 6th, at 12:00 P.M. The family will be hosting a luncheon at their home in Plymouth following the services.

In lieu of flowers, memorial donations can be accepted at StandUp to Cancer in support of cancer research - https://www.crowdrise.com/o/en/campaign/memory-of-david-tassinari/cathytassinari?utm_campaign=ocdonate&utm_medium=email&utm_source=crowdrise
To order memorial trees or send flowers to the family in memory of David C. Tassinari, please visit our flower store.