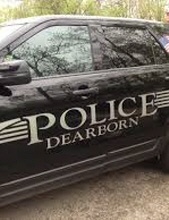 Dan was born on March 29, 1933 in Detroit, Michigan to his parents John and Josephine Magoulick (nee Kosmuch).

While working at General Motors, he met the love of his life, Diane and they married in 1955 after his two years of honorable service in the United States Army. Together they built a family and shared many years together until Diane's passing in 2006.

Dan made a career with the Dearborn Police Department, where he served with distinction and honor protecting the community for 38 years.

Dan also knew how to take the time to enjoy the things in life that he enjoyed. He was an avid golfer, hockey fan and watercolorist.

Dan is survived by his daughters Sara Walters (Gregory) and Ann Andrusiak (Daniel), three grandchildren; Rachel (Andrew), Jay & Evan, and his brother Thomas (Nancy). He was preceded in death by his wife, Diane (née Casey), and his brother John.

Dan will be interred at Riverside Cemetery in Plymouth, MI.

Please keep Dan and his family in your thoughts and prayers during this time.
To order memorial trees or send flowers to the family in memory of Daniel Joseph Magoulick, please visit our flower store.