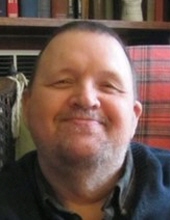 Christopher Daniel Roraback, 68, of Plymouth, Michigan passed away Friday, July 10, 2020. He was born on August 22, 1951 in Flint, Michigan, the son of the late Margaret and John Roraback. He also lived with his family in Saginaw and East Lansing, and as an adult in Lansing, Bath and Plymouth. Chris graduated from Okemos High School in 1970 and received additional training at the State Technical Institute and Rehabilitation Center (STIRC). He spent most of his career working at the State Police Post in East Lansing, and especially valued his assignment to the forensics laboratory.

Chris was a very family-oriented person and greatly enjoyed holiday and birthday celebrations and family gatherings of all kinds. A great sports fan, he enthusiastically supported the Lions, Tigers, and Lugnuts as well as sports car racing. He enjoyed trips to the ballpark in Detroit and Lansing with his siblings. His loving family members especially remember his entrepreneurial spirit as a teenager (managing several paper routes); his generosity, sense of humor, and great memory for family history; as well as his close ties to his parents and siblings. In his later years, Chris moved to the Plymouth area to be closer to his brother Tim and his family; Tim faithfully supported him and provided for his needs.

Expressions of sympathy in his memory may be made to The Arc of the United States (a national advocacy organization for people with intellectual and developmental disabilities): https://thearc.org/about-us/
A memorial gathering for family will take place at a later date to be determined.

To order memorial trees or send flowers to the family in memory of Christopher Daniel Roraback, please visit our flower store.